This community exhibition was developed by Behind the Wire and a volunteer reference committee of individuals with lived experience of seeking asylum, in collaboration with Victoria’s Immigration Museum. Behind the Wire is an award-winning oral history project documenting stories from detention.

The reference committee welcomes you to this space, where you will hear first-hand from men and women who have sought asylum in Australia and were – and are – detained by the Australian government under its mandatory detention policy. Here, you can listen to the voices that are so often absent from public discussion.

The people you will meet in this exhibition are diverse and individual; their experiences are unique and often surprising. Each person speaks only for themselves, their own memories and their own hopes for the future.

Some people have chosen to remain anonymous. All those who have shared their stories have done so despite the risk of retribution here and overseas.

These stories are at times shocking and hilarious, extraordinary and devastating. You will hear about the reasons people flee their homes, their perilous journeys in search of safety, the banality of daily life in detention, and the afterlives – both lived and hoped for – of people resettling in Australia.

The stories you will hear today are only brief moments in people’s rich and complex lives. We encourage you to explore the fuller stories shared in the book, or the audiobook of the same name available from audible.com.

This exhibition contains adult references and some discussion of depression, anxiety, self-harm and suicidal feelings. This material is clearly signed with labels for your awareness. If you are affected by these stories and need help, you can contact Lifeline on 13 11 14 or Beyond Blue on 1300 22 4636.

Five years on from recording their stories for They Cannot Take the Sky, Imran, Eghbal (who previously used the pseudonym Lina) and Aziz speak with Hani about life after detention in a new series of videos titled 'Latitude'.

They Cannot Take the Sky: Stories from Detention was originally developed by Behind the Wire and a volunteer reference committee of individuals with lived experience of seeking asylum, in collaboration with the Immigration Museum, as part of the Community Exhibition Program.

The committee members, Hal-Hal, Lina, Aran Mylvaganam and Baqir Khan, developed an approach for this exhibition which centres the voices of people with lived experience and honours their agency and resilience.

Behind the Wire’s collaboration with the Immigration Museum was coordinated by Michael Green and André Dao, with Tom Campbell.

Behind the Wire, Road to Refuge, the Immigration Museum, and the reference committee thank all the narrators who have generously shared their extraordinary stories.

We would also like to acknowledge the contribution of the following individuals and organisations, without which the exhibition would not have been possible:

Behind the Wire’s network of volunteer interviewers, transcribers, and editors, with special thanks to Dana Affleck, Angelica Neville and Sienna Merope.

The 'Latitude' videos were produced by Hani Abdile, Roots TV, and Michael Green. Thank you to Hour House for the use of their music.

Thank you also to Audible for sharing excerpts of the audio book, available via audible.com, narrated by Nakkiah Lui and Omar Musa.

Thanks also to Amnesty International Australia’s Human Rights Innovation Fund and the NR Peace and Justice Fund. This tour is supported by the Victorian Government through Creative Victoria.

Behind the Wire is an award-winning oral history project documenting the stories of men, women and children who have been detained by the Australian government after seeking asylum in Australia. This exhibition is based on a book of the same name, They Cannot Take the Sky: Stories from Detention, published by Allen & Unwin. For more of Aziz’s story, listen to The Messenger podcast, co-produced by Behind the Wire and The Wheeler Centre.

Road to Refuge is a not-for-profit organisation that has been providing platforms for refugee voices in their words and on their terms since 2012. They aim to change the conversation on seeking refuge and asylum in Australia, by centering the art and stories of people with lived experience, and sharing them with broad audiences. 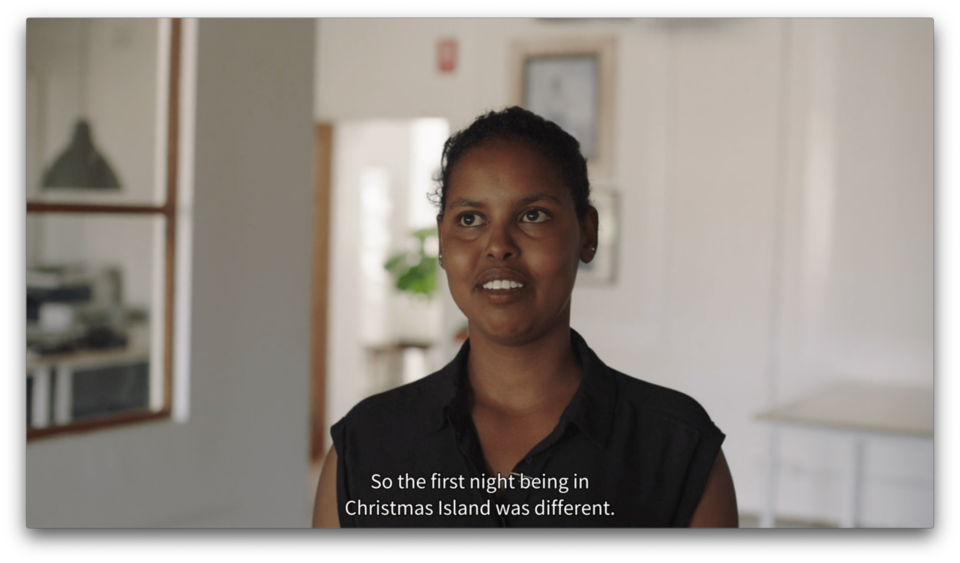 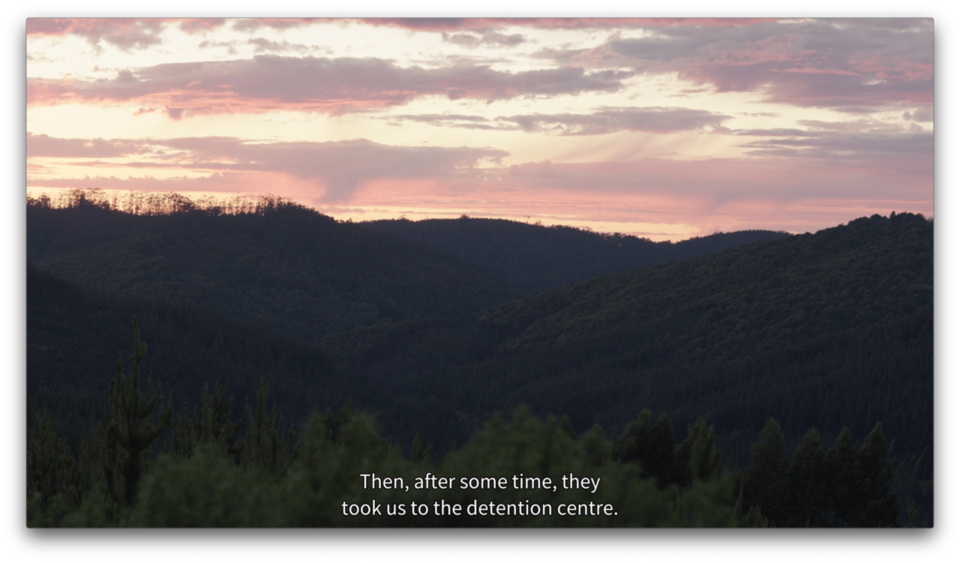 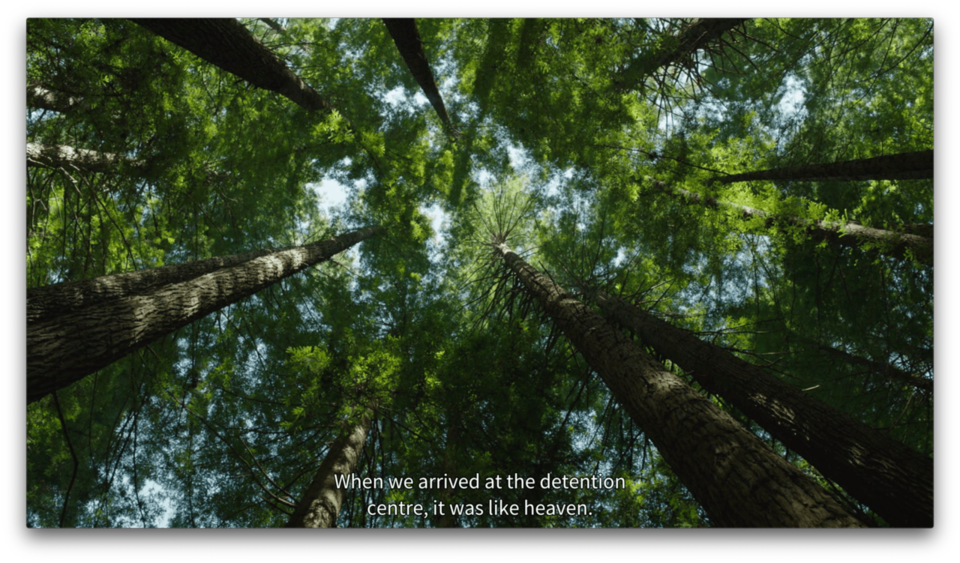 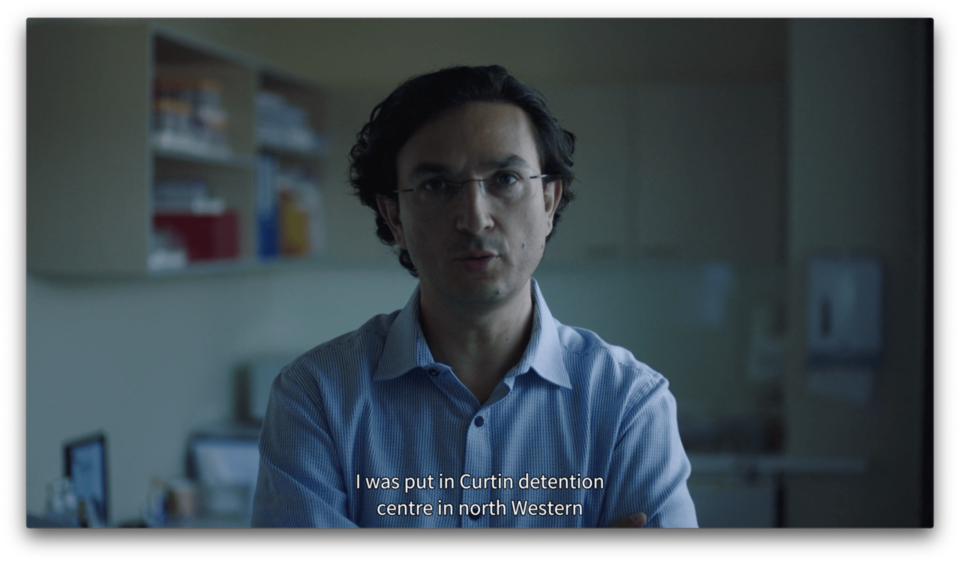 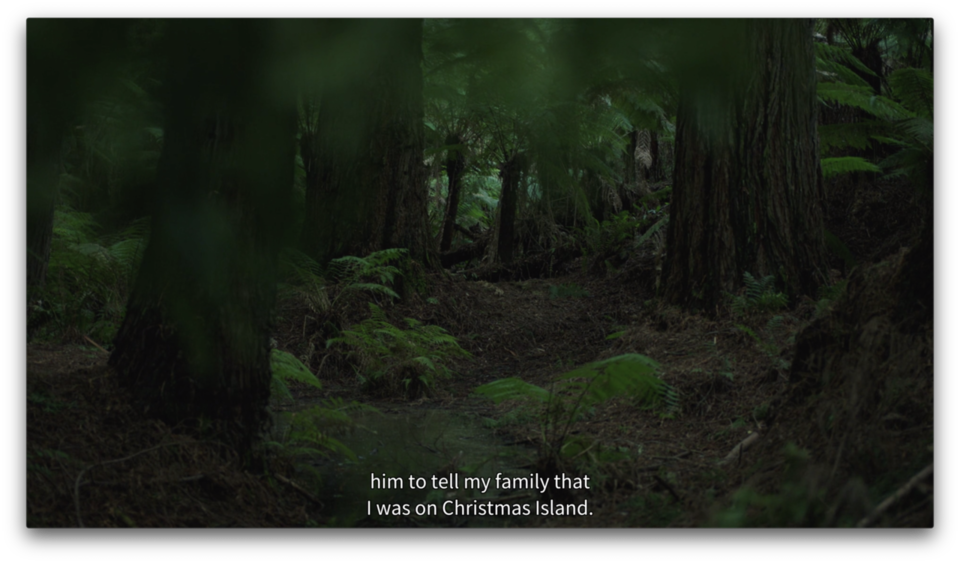 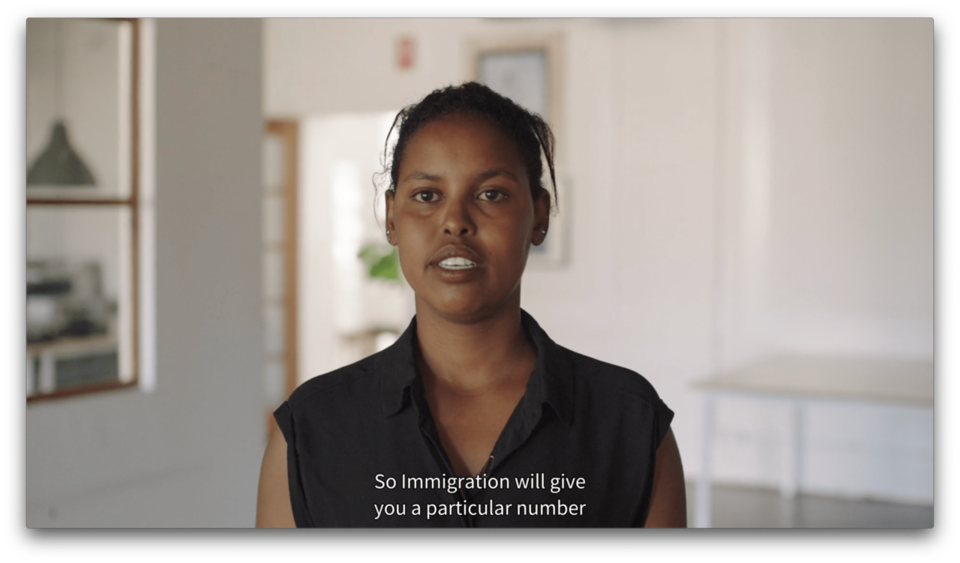 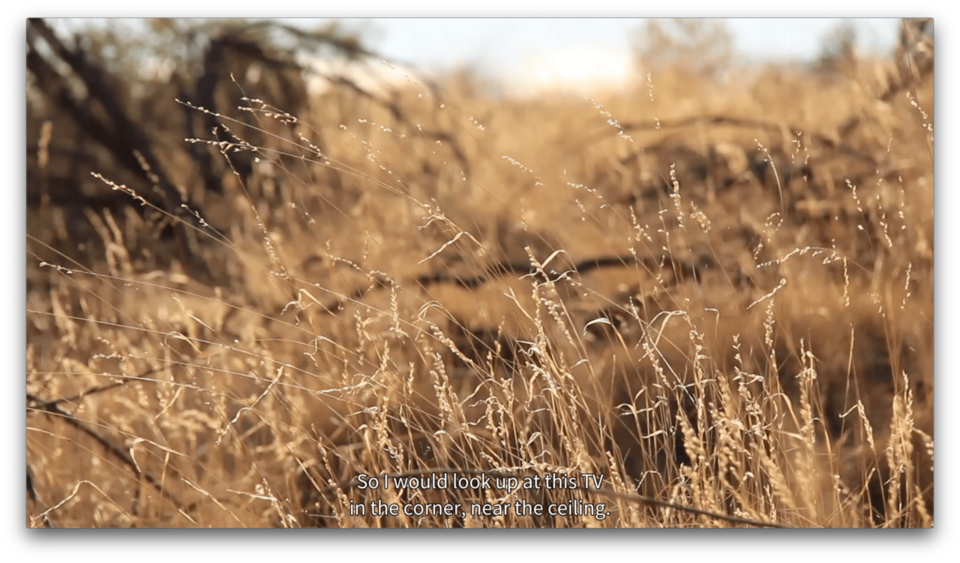 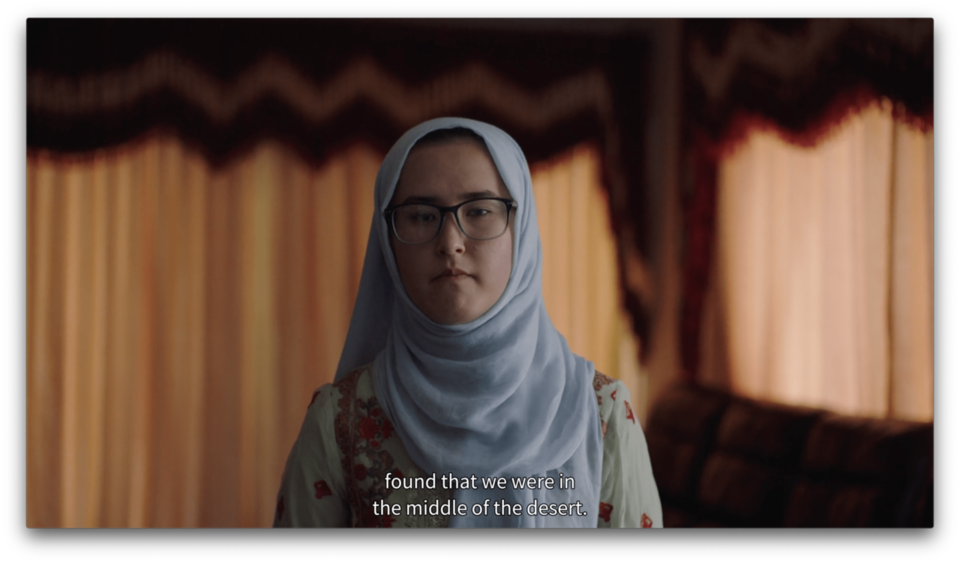 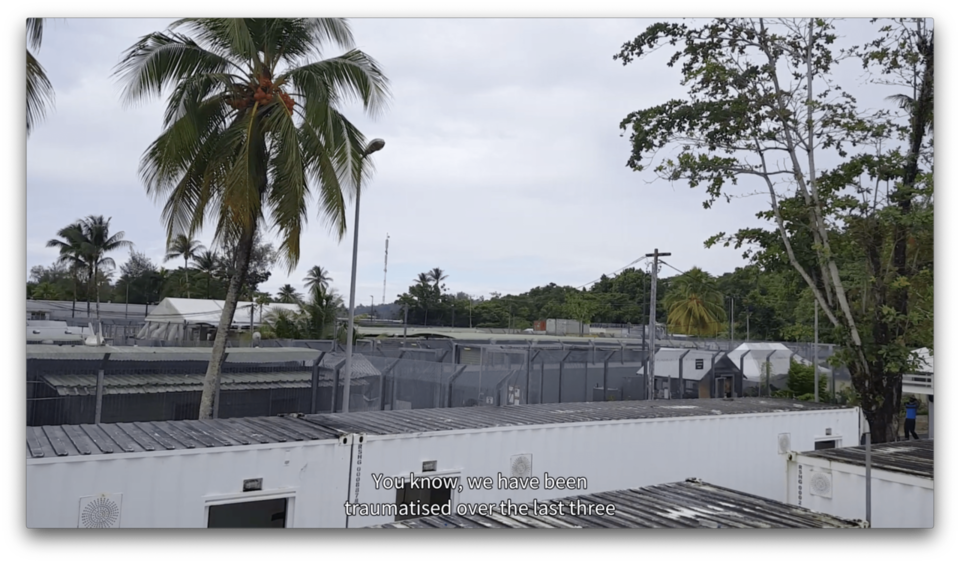 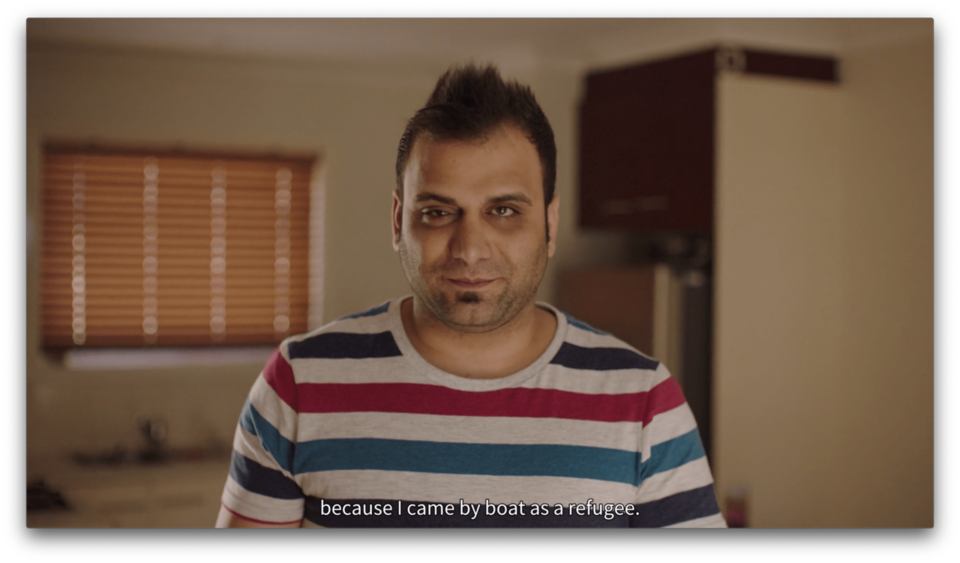